HAVE THE ACTIONS OF DOMINICA AND ST KITTS FATALLY DAMAGED THE LEGITIMACY OF CITIZENSHIP BY INVESTMENT PROGRAMS ? 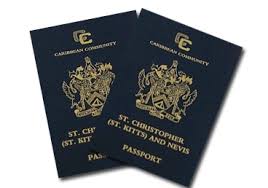 This week's CBI scandal, involving a case where the Government of St Kitts & Nevis not only knowingly sheltered a $100m Chinese fraudster, but reportedly gave him a new identity, and an exist to parts unknown, when he was exposed, could represent the last straw, the ultimate loss of integrity and legitimacy in the Citizenship by Investment (CBI), for the nations of the East Caribbean that offer economic passports. Frustrating the legitimate law enforcement goals of China, hiding a criminal, and seeing that he evades justice, by using its CBI program, was an unpardonable act by the leadership of St Kitts, whose dodgy program was just now beginning to emerge from its dark past.

Now add to this disgrace, Dominica's Monfared scandal, which also involved a known criminal, given refuge, protected, and covertly shuttled off to another Caribbean nation, to hide a fugitive from the strong arm of justice. This was just the latest in a long list of criminals who have received citizenship in the Commonwealth of Dominica.

Take the two cases together, and we see not only an utter failure of a national moral compass, due to pure avarice, but a course of conduct that poses a clear and present danger of money laundering, and terrorist financing, to the global financial structure.

Under these circumstances, the only course of conduct is to raise Country Risk, upon all nations that are engaged in their personal, greed- and corruption-laden, Citizenship by Investment programs. We cannot trust either the forms of identity, where a country sells its patrimony out  for money,  or the national leadership. CBI has now lost all credibility, outside the Caribbean.

Would the Office of Foreign Assets Control (OFAC) kindly step in here, please, because the organizers of these CBI programs will only be deterred by sanctions, alerts, and designation of these programs, and their foreign participants. Sanction these programs, please, before they enable mega-money laundering activities, or major terrorist acts, against targets in North America, or Europe, or even cause a change in a national government, from a democracy, to a dictatorship.
Posted by Kenneth Rijock at Saturday, May 06, 2017