As you may know, the exposure of cabinet-level PEPs in the Panama Papers unleashed a firestorm of controversy in Malta, especially when the guilty parties failed to explain precisely why they felt it necessary to use the dodgy Panamanian law firm of Mossack & Fonseca to form shell companies in Caribbean tax havens. Corruption in Malta, a member of the European Union, has been under the media microscope of late, as is tax avoidance/tax evasion through Malta.

Now, a group of concerned journalists, European Investigations Collaborations, have sought to focus further attention upon the Republic of Malta; it is called the Malta Files, and it consists of a large number of articles, in many languages, about how Malta's unusual tax system, which allows EU nationals to evade taxes in their own countries, is being abused, to the damage and detriment of tax revenue in the countries in the European Union . Malta reportedly rebates 6/7 of corporate taxes paid in, resulting in an effective tax rate of only five per cent. 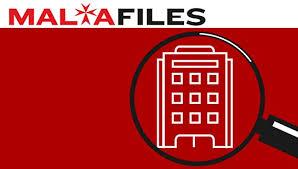 Readers who wish to access the Malta Files can find the website here.
Posted by Kenneth Rijock at Wednesday, May 31, 2017