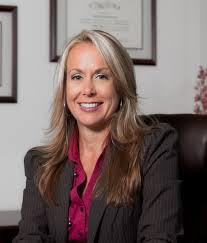 Christina Kitterman, the attorney at Ponzi schemer extraordinaire Scott Rothstein's law firm, and who is serving sixty months in Federal Prison, for fraudulently posing as a Florida Bar official, has lost her  §2255 petition to adjust her sentence downward. Asserting that she had but a minor role in the massive Ponzi scheme, where investors were tricked in "investing" into phantom court, and out-of-court, settlements, for discrimination and sexual harrassment, Ms. Kitterman argued that her true sentence should have only been approximately one-half of the five-year sentenced pronounced by the Court. The maximum sentence possible is 20 years. though the Sentencing Guidelines for the amount of the loss was immense, and far exceeded the statutory maximum.

In a ten page opinion, a US Magistrate Judge held that the sentence was not improper, and noted the hedge fund she intentionally misled, in a telephone call, where the $1.4bn Ponzi scheme was seeking to avoid making a multi-million dollar payment, and enticing the victim to invest yet more millions, ultimately lost $63m, and that it found a miscarriage of justice did not occur, regarding her sentence.

The takeaway here is that, in any financial crime, even minor participants must take the weight of the entire criminal venture, not just their limited role in the enterprise. Ms. Kitterman who lost her appeal to the 11th Circuit, and was denied Certiorari, by the US Supreme Court, filed the §2255, Pro Se, immediately after being rebuffed by the High Court.
Posted by Kenneth Rijock at Wednesday, May 31, 2017