IS REZA ZARRAB MAKING A DEAL IN HIS IRAN SANCTIONS EVASION CASE ? 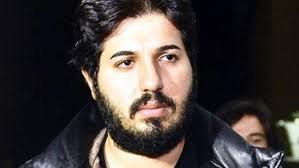 In a surprising turn of events, defense counsel for indicted Iran sanctions evader, Reza Zarrab, has cancelled a hearing, previously scheduled for this coming week. The matter to be considered was the defense's motion suppress emails obtained by the US Attorney, through a subpoena, whose premise the defense had called into question. Why abandon this position now ?

Given the take-no-prisoners approach displayed, thus far in the case, by the criminal defense team who represents Zarrab, the question arises: is he in the process of entering in a plea agreement, to settle his case ? After all, he could, if convicted, receive a sentence of decades in Federal Prison, as well as fines and restitution in the hundreds of millions of dollars, given the immense value of the illicit oil-for-gold program he, and his alleged partners, Babak Zanjani and Alireza Monfared, operated, out of Turkey.

Any plea agreement would generally involve providing assistance to the government prosecutors, in making cases against additional, new, defendants, which is why the case has received so much attention, both in the Middle East, as well as in the Western Hemisphere. The addition of a major Turkish banker in the case confirms that it is an ongoing investigation; we shall continue to monitor all developments, and report back when additional information is available.
Posted by Kenneth Rijock at Monday, May 08, 2017