PANAMA'S FORUM ON MONEY LAUNDERING: IS THIS A JOKE ? 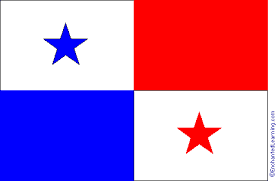 This morning, there is a conference scheduled to open in Panama City. It has been described as a national forum on money laundering and counting the financing of terrorism. Are they kidding ?

Any public relations efforts to portray the country, in the post- Panama Papers anti-tax haven environment, as a jurisdiction seeking to improve its AML/CFT, is nothing more than an insult to nations who sincerely are working against money laundering.

Let's look at the facts about Panama and money laundering:

(1) Money laundering arrests, forget actual convictions, of individuals, are as rare as hen's teeth. The same 55 money launderers who were moving dirty money there five years ago, are still on the job.
(2) Panamanian banks do not get charged with money laundering, except when there is a purely political reason to do so. Most are free to operate a laundromat for the proceeds of crime, and that of corruption.
(3) Bulk cash smuggling, from Venezuela and Colombia, continues, into Panama's private aviation airfields, unabated.
(4) The country's organized crime syndicate, run by Panamanians of Middle Eastern extraction, and which is a major participant in the local money laundering industry, is immune from criminal prosecution. It has inserted itself in the government, as well as owning major interests in several banks.
(5) The corrupt court system, where bribes are the order of the day, even at the Supreme Court of Justice, can be accessed, and manipulated, by any defendant's attorney who has sufficient funds to delay, or dismiss, criminal charges.

Without massive reform in Panama, which the local power structure will certainly fight to the death, there will never be effective AML. Holding a conference there, purporting to establish a national policy on the subject, is nothing more than spin control.