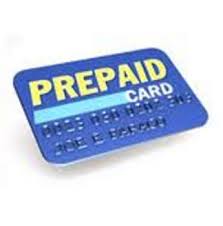 As if the Odebrecht scandal wasn't bad enough for the Republic of Panama, details of the hidden back story tell us that the country's former president, Ricardo Martinelli, was engaged in an organized money laundering scheme, to move and clean the huge amounts of construction bribe money flowing through Panama, and that he delegated major portions of the illicit operation to his two grown sons.

We have previously covered Martinelli's prior failed efforts to obtain a 50% interest, in a Panama money service business that had the capacity to issue anonymous prepaid credit cards. New information confirms that the Martinelli brothers also sought to control a second MSB, which also was one of the few financial entities allowed to issue those prized prepaid cards, which allow the user to convert illicit cash into a pocket-sided financial product, capable of global use.

Why the focus upon those two money service businesses, you ask ? These entities issued high-value prepaid cards, through which the Martinellis could drop an estimated $2.5m, per week, of dirty Odebrecht bribe proceeds. The recipients would then be free to spend that cash, through the use of the cards,without any fear that such acts would come back to incriminate them. After using the cards, they would, of course, be destroyed, eliminating any paper trail, or even evidence that such a method was used to transfer the Odebrecht bribe proceeds. Purchaser records, at a Martinelli-controlled MSB would, conveniently, not contain the name of the actual user.

One of the money service businesses was a credit union, the other a financiera. The front man that Martinelli employed was John Flavio Dominguez, a former banker, with a long history of corrupt activities in Panama City banks. Dominguez has long been associated with anonymous prepaid card money laundering operations, and was first identified on this blog back in 2013.


The location of Martinelli's two sons remains a mystery, and they remain badly wanted by Panama's anti-corruption prosecutors.