DID MOSSACK AND FONSECA SABOTAGE THEIR LAW FIRM DATABASE ? 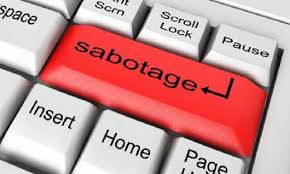 A report from the Republic of Panama claims that the law firm of Mossack and Fonseca is said to have sabotaged their internal database, but that the Attorney General of Panama has been unable to find sufficient proof of that act. A large portion of the Mossack firm's documents, popularly known as the Panama Papers, were released globally by journalists last year, but the the status of law firm's complete database has never been publicly revealed. Some hard copies of files were shredded,  and later found, by law enforcement, in a building controlled by the law firm.

The Attorney General, according to reliable sources, has stated that she has sufficient proof to proceed against the name partners, Jurgen Mossack and Ramón Fonseca Mora, who recently bonded out, after having each paid a $500,000 bond. It is thought that the Panama Papers documents are more than sufficient to obtain a conviction for money laundering.

If there was indeed spoliation of evidence, and it can be proved, the partners could face additional charges, as well as potential loss of their licenses to engage in the practice of law, as attorneys, officers of the court, are held to a high standard, regarding the preservation of evidence, though Panama is notorious for failing to discipline attorneys who engage in financial crime.
Posted by Kenneth Rijock at Sunday, May 07, 2017