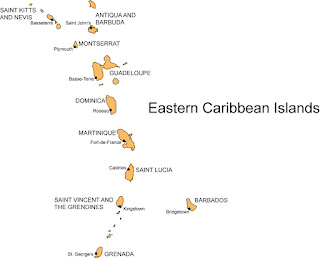 The Peoples' Republic of China (PRC), as part of its expanding global reach program, is seeking to convince the Government of St Kitts & Nevis to withdraw its present diplomatic recognition of the Republic of China (Taiwan), so that the PRC can then itself be recognized by St Kitts. This step would allow the PRC to open an embassy in Basseterre, the Kittitian capital, and gain another important foothold in the East Caribbean.

Given that there is presently virtually no tourism between the two nations, nor any international trade of note, a new Chinese Embassy in St Kitts could serve as a center for the gathering of intelligence; a listening post in the northern section of the East Caribbean, close to United States territories, and military & naval facilities in the region. China already has built a large embassy in Roseau, the capital of the Commonwealth of Dominica, another country with which it has virtually no financial intercourse, and which is believed to serve as an electronic listening post, and station for human intelligence agents, strategically located in the central portion of the East Caribbean.  The Chinese Embassy in Grenada most likely completes China's electronic monitoring coverage of the southernmost section of the region.

China appears to be serious about influencing St Kitts. Reports from Europe indicate that a private British firm, whose staff has experience in the field of intelligence, is allegedly seeking to obtain a contract with the PRC, for the purpose of persuading St Kitts officials that recognition of the PRC is in their best interests.

If you are wondering which way St Kitts is tilting, regarding recognition of China, note that it sent representatives to the PRC recently, to attend a conference on economic citizenship, and market the country's Citizenship by Investment (CBI) program, to wealthy Chinese investors.