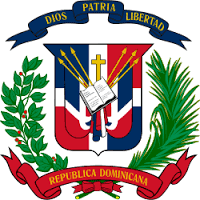 Reliable sources in Panama have confirmed that the country's former president, the fugitive, Ricardo Martinelli, has recently made several trips to the Dominican Republic, that he has purchased a lavish estate there, and he intends to permanently relocate, most likely eliminating the possibility that he will ever see the inside of a Panamanian courtroom or prison. Martinelli's ownership of two private jet aircraft allows him to quietly engage in international travel, outside of media scrutiny. Remember his original arrival in Miami, where he has resided since leaving office, was never reported, raising questions of official American assistance in concealing his presence here.As the most corrupt president in the history of Panama, many Americans are offended at the favored treatment he has enjoyed, since he was allowed to enter, notwithstanding that corrupt foreign leaders are barred, pursuant to US law.

The Dom Rep is a well-known place of refuge for individuals who are wanted in Panama, notwithstanding the fact that the two countries executed an extradition treaty in 2015. Corruption in the DR remains a major impediment to the recovery of fugitives who have fled there.

Many Panamanians are upset that the United States has failed to honor the extradition warrant presented to the State Department last September. Some observers believe that the US does not want to get involved in the ongoing internal Panamanian political dispute, between Martinelli supporters, and those of the Varela administration, much of which centers upon charges, and counter-charges, of corruption. Unfortunately, there is more than enough corruption, in both camps, to go around.
Posted by Kenneth Rijock at Thursday, May 25, 2017