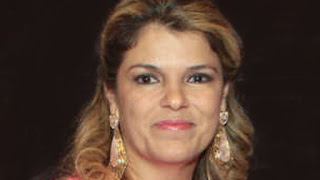 María Mercedes Riaño, alleged to be the manager of the Panamanian law firms Mossack Fonseca's Brazil office, and who has confessed MFs involvement in the "Car Wash" (Lava Jato) money laundering & corruption scandal, has been granted bond, in the amount of $150,000 by a Circuit Judge, of the Seventeenth District. She is prohibited from leaving Panama. Riaño has reportedly given to prosecutors the complete details of the Brazil operation, though Mossack & Fonseca have allegedly disputed her claims.

Riaño, Jurgen Mossack, Ramón Fonseca Mora, and Edison Teano, all face money laundering charges, according to Panamanian prosecutors. The law firm has been alleged to be a criminal organization, engaged in money laundering, due to the massive evidence of their facilitation of the payment of bribes. No other present or former MF attorneys have been publicly named, interviewed or charged, according to reliable sources in Panama City.
Posted by Kenneth Rijock at Monday, May 29, 2017