SHOULD RICHARD MEDDINGS BE INDICTED FOR MONEY LAUNDERING ?

For those of you who were curious, the Group Finance Director at Standard Chartered  who uttered the now infamous profanity at US regulators* has been identified by American media as Richard Meddings. Of all the greedy senior staff at the bank who pushed for an expansion of Iranian business, notwithstanding  the American sanctions that were in place to deter Iran's efforts to to develop an illegal nuclear weapon, and the ballistic missiles necessary to deliver them, it is submitted that Mr. Meddings deserves special mention. His arrogant statement says it all.

I am sure that Mr. Meddings, who has obviously lived a life of privilege, never had to deal with an incoming rocket attack from time to time, as was my experience in Vietnam, but I wonder how he will feel when Iran's missile programme acquires the ability to hit London with a nuclear weapon ? If it happens, it will be, in no small part, because of the absolute greed of Standard Chartered management, in taking on sanctioned Iranian banks as clients, when everyone knew that those banks were sanctioned due to support of the nuclear weapons programme. I cannot explain how strongly I feel about these sins and transgressions. 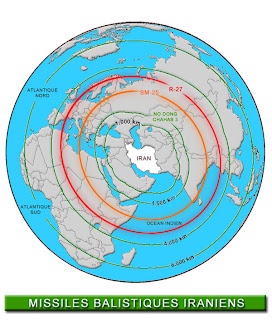 Let me suggest that some on in the US Department of Justice reach and touch Mr. Meddings, and those other "financial war criminals" who provided financial support to the regime in Iran, with Federal money laundering charges. That is a 20-year felony, for those of you not familiar with the American criminal justice system. As a wise man once said, let the punishment fit the crime.