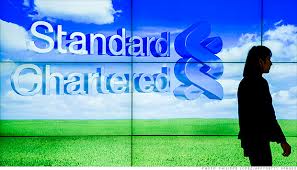 Management and Public Relations staff at Standard Chartered have attempted to spin the scandal against the very regulator that filed the allegations of massive Iran sanctions evasion. We call that "kill the messenger." and it is usually the last refuge of a scoundrel. Here's some of the nonsense they are spinning over at StanChart:

(1) That the deficiencies were "technical clerical errors," which were minor. Do they take us for idiots ? Perhaps senior management should read the 30-page report and order before making statements without any factual basis.

(2) That the New York regulatory report has resulted in bruised feelings from Federal regulators, who thought the actions should not have been taken at this time. Patience, when you learn of major money laundering lapses. is not a virtue. Those violations were committed between 2000 and 2010. Why wait any longer to expose them ? Late-filed violations invite bank responses, to the effect that management has changed in the interval, and old errord should not be blamed on the new officers, who have made changes. They do that every time. File your charges early on, not many years later.

(3) Allegations that the head of the New York regulator. DFS, is ambitious and not a "team player" with law enforcement. Again, more spin against the messenger. There were serious sins committed here; do not complain about the character of the regulator, please.

(4) That this is a attack on the UK financial system. Rubbish; More "confusion to the enemy," but after looking at the HSBC scandal, maybe there is something to it. Why are UK banks breaking the law ? Should not US regulators, the only group with the courage to go after bad banks, hit them hard for their sanctions violations ?

(5) That the bank will sue US regulators for reputation damage ? Have they never heard of Sovereign Immunity, which protects government agencies from civil litigation. 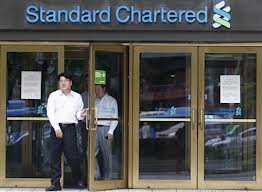 I doubt that Standard Chartered, whose stock has tanked this week, will fall, but it, and the banking industry, needs to be taught a lesson, that it will not soon forget; do not do business with rogue states.