WIRE STRIPPING IS NOT SOMETHING YOUR TELEPHONE REPAIRMAN DOES

George Orwell must be turning over in his grave lately, for certain British bankers, who are creating words straight out of the Doublethink vocabulary of 1984, have been giving those terms meanings never contemplated by  their creators. In both the HSBC and Standard Chartered cases, pursuant to orders from the leadership, rank and file staff routinely engaged in wire-stripping, which is the removal of SWIFT codes indicating that the originating banks on thousand of the transactions, en route to the US, were OFAC-sanctioned government-controlled Iranian financial institutions. 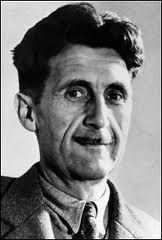 The term that the sanctions evading bankers used was Repair Procedure. In truth and in fact, the "repairs" performed were the unlawful substitution of the UK banks' London SWIFT codes, for those of the Iranian banks, as the originating bank. Since the UK banks' New York offices were the beneficiary banks, the deception went undiscovered for years, even after American regulators tumbled upon suspicious transactions.

The scheme begs the question: is this not a pattern of Racketeering (RICO) activity, and will the United States bring Federal criminal charges against the leadership of both banks ? We cannot say, but for starters, can some brave soul in law enforcement put the senior officials in both banks on the No-Fly List please. Frankly, I do not want these greedy bankers in the United States. Let them remain in the UK, under the Iranian nuclear threat that they helped create.