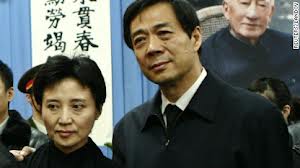 The lies presented as evidence at the Gu Kailai murder trial beg the question: where did all this money come from ?

(1) If the defendant killed Neil because he threatened her son, over a 10% commission that he was supposed to receive ( £13,0000) from a successful investment, where did the money come from to make such a large investment that it generated £130,000 in profits ? Gu Kailai was no longer working as an attorney, and her husband, Bo Xilai, only earned £12,000 per year.

(2) How did Gu Kailai, and her grown son, attending expensive universities in the UK and US, enjoy such a lavish lifestyle, if nobody was employed ? Did you bank them in the UK ?

(3) Why accuse the victim of threatening the life of the defendant's son, when he appeared to reside permanently outside of China ? He still is living in the US, and shows no signs of returning. What son fails to go to the side of his parents when they are charged with a crime ? How much bulk cash smuggling and money laundering has he done in the United States, we wonder. Is he banking with you ?

Unfortunately, the truth would alienate most of China's middle class, who don't drive Ferraris. 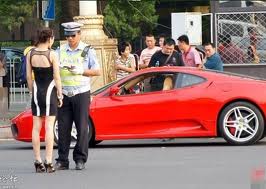 This case is an abject lesson for compliance: all Chinese PEPs banking overseas are high-risk; believe it.
Posted by Kenneth Rijock at Saturday, August 11, 2012