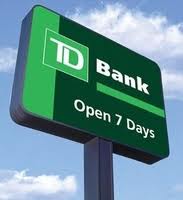 When important compliance documents are withheld, or altered, in a lawsuit against a bank, there can be serious consequences.  A US District Judge in Miami, Florida, has awarded attorneys' fees and costs in favour of a plaintiff, and against Toronto-Dominion Bank (TD Bank), and the law firm of Greenberg Traurig, for the material alteration, and failure to produce, two key bank compliance documents. The 30-page opinion* concluded that the bank and law firm was guilty of a "pattern of Discovery abuses before, during and after trial."

The Plaintiff, Coquina Investments**, had recovered a $67m verdict against the bank, in connection with the billion dollar Scott Rothstein Ponzi scheme case. Rothstein's law firm had banked at TD, which had vouched for the safety of the non-existent investments, to the Plaintiff, and others. During the litigation, Greenberg Traurig, as counsel for the bank, in response to discovery requests of Coquina's counsel, had advised:

(1) A document called "Standard Investigative Protocol," did not exist. The bank's counsel indicated to the Court that it was simply a policy, not a document.  The document, an important element in TD compliance procedures, because it deals with suspicious activities, was later produced in unrelated litigation with Coquina's lawyers, who then brought this to the Court's attention, in one of the five Motions for Sanctions they filed.

(2) The bank's Customer Due Diligence Form, for Rothstein's firm, as delivered, was materially altered. A red "High Risk"warning was deleted before it was produced. Embedded notes, indicating who had saved, reviewed or edited the document, and when this occurred, were missing. In other words, the most damaging elements of the document were deleted. The guilty parties alleged that it was a "copying error."

The Court's ruling: that the law firm acted negligently, and the bank willfully, regarding the discovery violations. Both will be required to pay all the post-trial attorneys' fees and costs incurred by Coquina. It appears that the law firm partner who was responsible for the document production has left the firm.

The lesson here is that, when a bank, or their counsel, plays fast and loose with the truth, because it hurts a pending case, the consequences, when the misconduct is discovered, can be grave. In this case, a bank and major law firm's failures are exposed in a very public forum, and appear in the media, which seriously damages their public image, as well as their pocketbook.

Lawyers at large firms, when they represent the biggest clients. are often tempted to break the rules, in a world where winning is everything, but as you can see, such actions sometimes see the light of day, with disastrous results.