CHARITIES CAN BE FRONTS FOR CRIMINAL ACTIVITIES 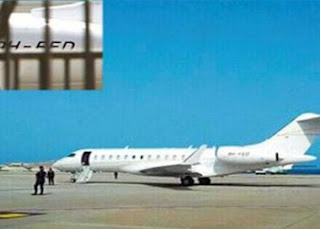 This week, a large business jet was seized by law enforcement authorities in the Canary Islands. Coming from Venezuela, its flight plan stated that its ultimate destination was the African nation of Benin. Though it was designated as a humanitarian flight, purportedly carrying cargo for distribution in that country, in truth and in fact, its cargo was quite different.

Acting on a tip, the authorities conducted a search, and found that the aircraft contained a ton of cocaine. The aircraft bore a tail number from Malta. The next time that you accept a client who claims that it is a charitable organisation, make a visit to its physical location, to confirm that its operations are exactly what is represented to you to be. Don't find out the hard way that it was merely a front for criminal activity.
Posted by Kenneth Rijock at Thursday, August 16, 2012