The Ministry of Foreign Affairs of the Socialist Republic of Vietnam has entered its objection to the announcement that the Republic of China (Taiwan) will conduct live-fire military exercises on Taiping Island, which is  located in the contested Spratley Islands, long claimed by Vietnam, in the South China Sea. The published schedule indicates that the actions will take place from 1 September to 5 September.

Taiwan's defence reinforcement of Taiping, which it occupies, has been made despite Vietnamese protests. Reports from Taiwan indicate that its Ministry of National Defence has delivered 40mm anti-aircraft guns, and 120mm mortars to Taiping, and has warned countries whose frontiers border the South China Sea to avoid the waters around the island. ROC soldiers on Taiping are also armed with 106mm recoilless rifles, and 81mm mortars, and a special airborne Quick Reaction Force (QRF) was created in May, to respond to perceived threats to Taiping, employing C-130 transports from Taiwan. 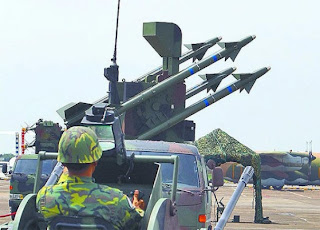 It is the position of Vietnam that Taiwan's actions encroach its sovereignty over the Spratley Islands. Candidly, the Taiwanese military exercise, and expansion of military capability could result in an international incident or accident, could be deemed a threat by Chinese naval vessels in the area, and might provoke a military response. 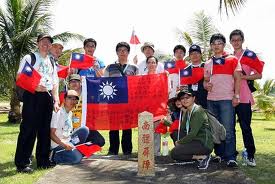 Taiwan's militarisation of its base will not reduce tensions, and seems to line up on the side of China in the South China Sea dispute, and against Vietnam and the Philippines. It is an unwise move, and may result in a further increase in Country Risk amongst all nations who are disputing sovereignty over the Spratleys.