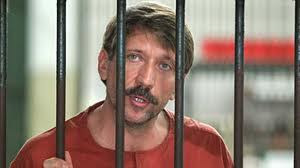 The United States Court of Appeals for the Second Circuit* has granted Viktor Bout a 90-day extension to file his Brief & Appendix. Albert Dayan, Bout's attorney, had filed a sworn Declaration in support of his request; Dayan stated that the brief was originally due on 1 November, but that he needs an extension due to:

(1)  the size of the trial transcript (over 1700 pages), plus voice tapes, which is a massive amount of information to review.
(2)  The fact that there were extensive pre- and post-trial motions, and a two year extradition process, all of which must be examined for error.
(3)  The existence of 8-10 "significant issues that must be raised on the appeal," and Bout must assist in the preparation of the brief.
(4)  Bout is being held in a severely restrictive environment, where he could not ably assist in the preparation of his appeal; his permitted communication with his lawyer is extremely limited.
(5) Bout's attorney visits are actually monitored, which is fundamentally unfair.
(6) It will take months to resolve the problem of access to Bout, by moving him out of the Special Monitoring [Terrorism] Unit,  and to a prison in New York, through an "internal appeal" process that may not even be successful.

"IT IS HEREBY ORDERED that the Appellant's Motion for an Extension of Time, until January 30, 2013, to file his brief and appendix is GRANTED. No further extensions will be granted." 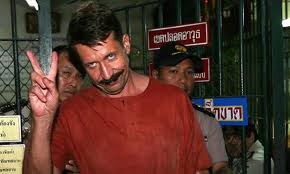