The fast-track one day murder trial of the Chinese attorney Gu Kailai, who admitted to murdering a British businessman who apparently refused to participate in an illegal operation, carefully evaded any mention of the defendant's organised movement of her family's illicit wealth out of China. We call that money laundering where I come from. 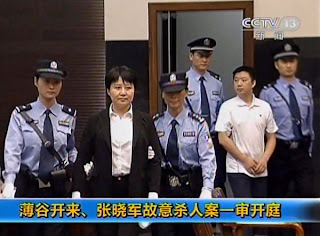 The Defendant, whose involvement in seeking to launder what was obviously criminal proceeds, was clearly engaging in money laundering whilst a resident of the United Kingdom, years before. It appears that the Government of China wants to conceal all the underlying corruption, as well as the money laundering, from the public. It is important for us, as compliance officers, to learn about her extensive activities outside of China, so that we can be better prepared to identify typical strategies and tactics coming from China.

The Chinese whitewash of what really caused Gu Kai to kill Neil Haywood puts international bankers who number Chinese PEPs amongst their clients at a disadvantage; they can better protect their institutions against corrupt PEPs when they understand exactly what happened, and what was planned.

There is a lot of critical information that has not seen the light of day. The defendant's Hong Kong-based sister, reportedly worth US$79m, was involved in Gu Kailai's business transactions. How much of the sister's wealth actually came from Bo Xilai ? What was the sister's role in laundering, and subsequently investing, the bribe and kickback money ? 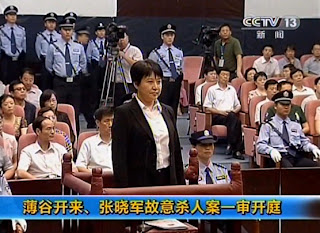 The officially-prepared cover story; that Gu Kailai committed the murder to "protect" her grown son, against whom Hayward alleged threatened dire consequences, doesn't hold water, because why would a mother act upon a threat made several years before ? The defendant must have demanded that he commit a criminal act that was extremely dangerous, or represented an unacceptable level of risk. Remember, China does still have Capital Punishment; he obviously refused, and may have threatened to become a whistle blower.

Whatever the underlying facts, know this: that money laundering of illegal wealth exiting China covertly continues to represent a clear and present danger to banks in the EU and US; Watch yourself.