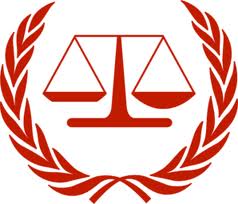 Readers have been following my reports on the efforts of Panamanian law enforcement to capture the elusive fugitive Dutch fraudster, Okke Ornstein, who has been evading arrest through constant movement, will be interested in learning that the Panamanian criminal justice system has obtained a conviction in Absentia. The Criminal Court, of the First Judicial Provincial Circuit, has ruled that Ornstein is guilty of multiple white collar crimes, and has issued its order accordingly.

Though he declined to appear at the trial, Ornstein did have counsel present. Sentencing has been set for 3 October, in Panama City. Mr. Ornstein, who was the general manager of the massive Ponzi scheme operated in Panama by Marc Harris, received both immunity and a cash reward, for testifying against Harris, who is now serving a 17-year term of imprisonment in the United States, for money laundering and other federal crimes.

It has been rumoured that Panama's beleaguered President, Ricardo Martinelli, engaged Ornstein as a Public Relations spin-master recently. Subsequent reports say that Ornstein was later abruptly relieved of that position, for unknown reasons.

The Defendant, who claims that he is a journalist, has of late engaged in character assassination of yours truly online, after I detailed his long criminal career. Be aware that he may approach members of the financial industry in Panama, ostensibly as a reporter, but intent upon committing a serious fraud at the expense of your bank or business; Turn him away, and contact law enforcement. His alias is: Okke Van Ooijen.

Sentencing is scheduled for 3 October, and it appears that the long arm of justice is about to grasp Mr. Ornstein firmly about the neck, and apply firm pressure; He cannot evade capture indefinitely.

One final note: apparently he failed to appear at a hearing involving another criminal case in Panama today, and yet another warrant has been issued for his arrest.