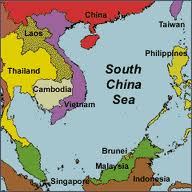 It has become obvious that the United States supports Vietnam and the Philippines, in their dispute with China over its over aggressive actions in the South China Sea. Here is a portion of a public statement made on 3 August, by Patrick Ventrell, Acting Deputy Spokesperson, Office of Press Relations, US Department of State. The complete text can be found here.

" As a Pacific nation and resident power, the United States has a national interest in the maintenance of peace and stability, respect for international law, freedom of navigation, and unimpeded lawful commerce in the South China Sea. We do not take a position on competing territorial claims over land features and have no territorial ambitions in the South China Sea. however we believe the national of the region should work collaboratively and diplomatically to resolve disputes, without coercion, without intimidation, without threats, and without the use of force. " " We are concerned by the increase in tensions ion the South China Sea and are monitoring the situation closely. Recent developments include ... China's upgrading of the administrative level of Sansha City and establishment of a new military garrison there covering disputed areas of the South China Sea run counter to collaborative diplomatic efforts to resolve differences and risk further tensions in the region." 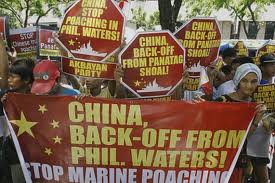 Is the United States troubled by china's decision to militarise the South China Sea ? Obviously; will it respond, and will that response result in increased country risk in the region ? Look at the fact that the US just sanctioned a Chinese bank for trading with Iran. America never sanctions Chinese banks. Watch for additional regulatory sanctions and other responses, to send a signal to China, that its actions of late are crossing the line. Watch for it.