IS THE EUROPEAN COMMISSION SEEKING TO SHUT DOWN OR REFORM MALTA'S OFFSHORE INDUSTRY ? 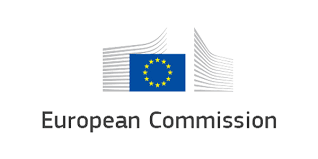 The European Commission is considering an Initiative directed at combating Enablers Facilitating Tax Evasion and Aggressive Tax Planning, and is calling for evidence for an Impact Assessment. A portion of the document calling for comments appears below. Given that a large portion of the Maltese economy is deducted to providing financial services that could be considered either tax evasion or aggressive tax planning, both of which result in a substantial loss of tax revenue for other EU Members, the impact of such an Initiative on the Maltese economy would be substantial.

Whether this Initiative is an EC response to the widespread use of Malta by companies in EU Member jurisdictions with higher tax rates cannot be assumed, but it is possible that Malta is a primary reason for the creation of the Initiative. Read the excerpt from the "Call for Evidence and for an Impact Assessment" and see how the implementation would restrict the current operation of Malta's favorable tax schemes, and the companies that offer them.