BARBADOS LAWYER WHO PERISHED IN SUSPICIOUS EXPLOSION BURIED; POLICE COVER-UP OF CAUSE OF DEATH DENIES JUSTICE

Convicted Barbados attorney Allison Lovell, together with her entire family, was quietly buried today in a private ceremony, amid growing suspicion that the Barbados Police Service is engaged in a cover-up of the truth behind their violent death at home, by explosion and fire. We note that neither neighbors nor friends attended the service, which is inconsistent community behavior for a family described by many as "good people."

Autopsy results have not been made public, and the police have gone on record stating that they don't believe the explosion was caused by outside sources, which strongly smells of cover-up, given the fact that eyewitnesses have stated it was a massive second-floor explosion, which does. not square with the official theory that it was a kitchen gas leak that ignited. Suicide by the lawyer, when her small children also died in the fiery explosion, which is another proffered cause, is highly unlikely. 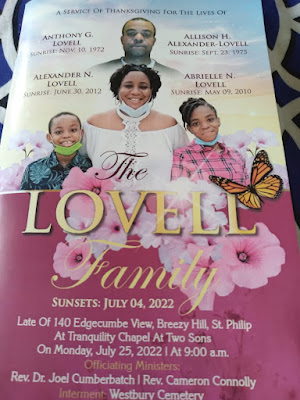 Was the criminal case against Lovell, regarding theft of a large sum of client money entrusted to her, a theme common to far too many corrupt Bajan lawyers, the reason for her death, and who was behind what appears to be homicide ? Are Bajan clients now reacting to lawyer misconduct in violent ways, inasmuch as neither the Barbados Bar Association, nor the courts, have been able to recover funds for clients that were stolen by lawyers ?

Until and unless the criminal justice system in Barbados finds a way to obtain restitution for the victims of attorney crime, there will be questions about untoward events happening to lawyers who are criminal offenders. Perhaps the BBA, recognising the increasing anger on the part of the public, can create a fund for Restitution by its members. Failing that, will there be additional "accidents ?" 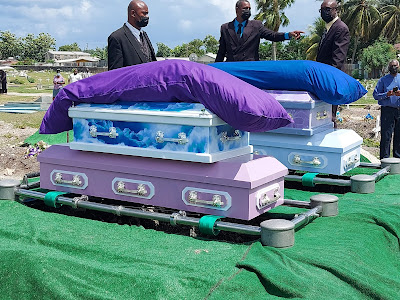 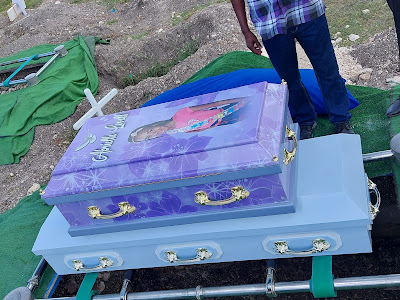 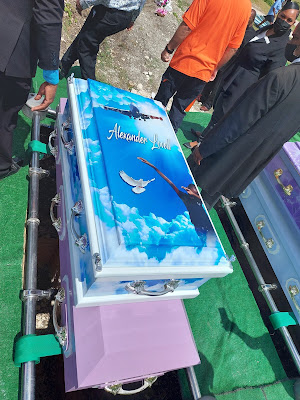