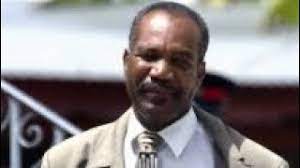 We are advised that the sentencing for convicted Barbados attorney ERNEST WINSTON JACKMAN has been scheduled for 22 August before the Supreme Court. We have previously covered Jackman's case; it is similar to many such attorney crimes that have long taken place in Barbados. A lawyer fails to remit money he is holding in trust for a client, after a real estate sale; the matter goes on for many years, and the lawyer is eventually tried and convicted, but the victim never recovers the loss. The attorney has spent his or her money. This story has been repeated far too many times.

Attorney Jackman, who was remanded into custody after his conviction, without being granted bond, is awaiting sentencing. The offences that he was convicted of, money laundering and theft, occurred in 2006 and 2007. The pitiful delay in justice in Barbados is typical of criminal cases where the defendant is an attorney. Frankly, the complainant was lucky he even obtained a conviction. Jackman stole over $700,000, and only remitted a small fraction to the victim, who was his client.

What do you consider to be a fair and just sentence for this attorney-criminal?  He must be held to a higher standard than non-professionals in Barbados; he also laundered the money, to keep the victim, or his advisors, from recovering it. A message must be sent to the Barbados legal community that their ability to seal with impunity is. now over. Let justice be done, to serve as a deterrent to other lawyers who might be tempted to dip into their clients' money when they are short of funds.