WHEN WILL MALTA FINALLY CHARGE KEITH SCHEMBRI WITH MONEY LAUNDERING ? 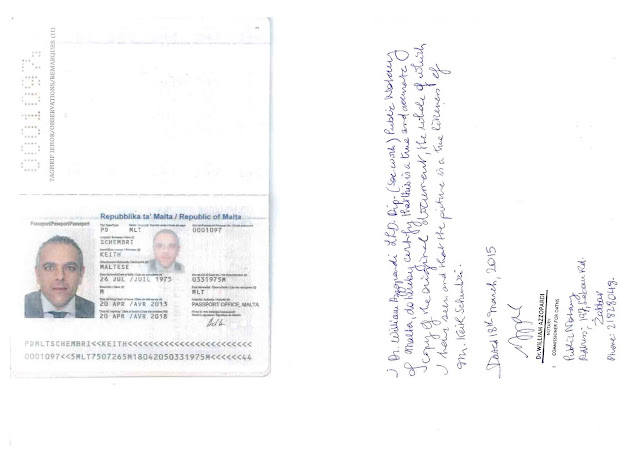 Keith Schembri,  disgraced former Chief of Staff to Joseph Muscat, the resigned Prime Minister of Malta, is still facing two separate ministerial money laundering investigations. His connection with corruption first surfaced in the Panama Papers, and journalists in Malta and abroad began asking him hard questions and bribery and illegal payments made to government officials. There was even a demonstration, organized by locals, demanding his resignation and removal. Schembri was not elected, but appointed by Muscat, whose involvement in the murder of Malta's most prominent journalist, Daphne Caruana Galitizia, remains under investigation. Muscat's role in the assassination of Caruana remains an open question.

Schembri, who attended the wedding of the prominent businessman (and suspected Iranian intelligence agent) Ali Sadr Hasheminejad, is believed to have the been instrumental in securing the banking license for Sadr's Pilatus Bank, for which he was reportedly richly compensated. His alleged role in corruption in Malta's energy sector is also under investigation.

The question remains: will Malta's notoriously corrupt government actually complete its money laundering investigations of Schembri, and charge him, or will it engage in a cover-up ? The European Union, already unhappy about Malta's dodgy CBI applicants, Revoked Pilatus Bank's license, and was critical of the country's CBI/CIP program, is watching. Will Malta disappoint again ?