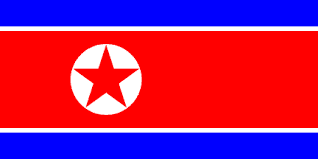 Although the CBI consultancies, which sponsor dozens of online articles each week, extolling the "many virtues" of the Citizenship by Investment (CBI/CIP) passports they are vending on behalf of the five East Caribbean states that offer them, claim that individuals from internationally sanctioned countries are not eligible to apply, in truth and in fact they may qualify, and receive, CBI passports.

If you carefully review all the official materials, you know that both the Commonwealth of Dominica, and Grenada allow citizens of the Democratic Peoples' Republic of Korea (DPRK), more commonly known in the West as North Korea, to apply for, and purchase CBI passports and citizenship, provided: (1) They are no longer residents of the DPRK, (2) They have not business relationships with the DPRK, and (3) They have no assets in the DPRK.

Given that all North Korean nationals engaged in international travel must have approval from their government, which is an absolute dictatorship, we wonder just how any North Koreans could properly qualify under the above-mentioned terms and conditions for application. The very few who manage to escape that hellhole are without any funds to buy a second passport. Who are the real purchasers likely to be ?

The North Korean buyers of CBI passports are going to be agents of the DPRK government, whether they be oil sanctions evaders, purchasers of luxury goods for the privileged elite, individuals engaged in espionage, distributors of the "Supernote," North Korea's Counterfeit US$100 note, or some other government-sponsored mission or operation. Such individuals will easily be able to fake their overseas addresses, and lack of contact or assets in or with North Korea.

While the identities of such individuals are not known, one North Korean agent, with a valid Dominica CBI passport, is known to be shipping sanctioned goods into the DPRK from his base in Hong Kong. How many others are out there, performing similar tasks ? If they need logistical support in the field, the 900-man Chinese embassy in Dominica, which is a Chinese listening post upon the US, is available to assist them. Very few people in the Caribbean can accurately determine that an Asian visitor is a North Korean, rather than Chinese, national.

Until, and unless, the East Caribbean states terminate the ability of North Korean agents to
obtain CBI passports and citizenship, the DPRK is free to operate on a global scale, using their Caribbean identity documents, by concealing their true nationality. CBI passports are especially useful in the developing world, where their visa-free status facilitates sanctions evasion operations, as well as espionage. Dominica and Grenada must change their regulations to eliminate this loophole, so that citizens from outlaw states cannot avail themselves of the CBI programs.