A number of holders of franchisees of Golden Krust Caribbean Bakery and Grill, the Jamaican restaurant chain, have alleged that the parent franchisor has engaged in illegal business tactics designed to force them to fail, and close up their fully-functional restaurants, after which the franchisor can legally take possession of the valuable properties. The success of the original Golden Krust, located in New York City, spawned a lucrative franchise operation, but one which later sought to force its franchisees out of business, through illegal tactics.

According to the franchisees who have alleged corporate misconduct, after an investor, at great expense, set up a turnkey operation, the parent began to stop providing support, failed to restock supplies, did not maintain equipment, and failed to provide the promised employee training, all of which was required in the franchise agreement. In some cases, the parent company actually set up a competing restaurant nearby, and intentionally sold at lower prices, so as to attack all the franchisee's remaining customers. Then, the franchisor comes in, and takes possession of a valuable asset. In other cases, the franchisor improperly revokes the franchise agreement, and then proceeds to sue the restaurant owner for breach of the Golden Krust trademark and service mark rights, in Federal Court. 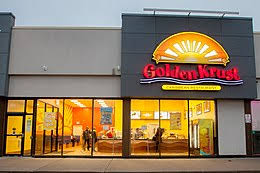 To prevent the investors from reporting this illegal conduct to US law enforcement, the parent allegedly employed Jamaican gang members to reportedly intimidate them, including threats made to family members in the Caribbean. Most of the investor/restaurant operators are expats from the region, living in the United States. Some of the victims are placing blame upon new American management, who took over when the founder, a West Indian, facing huge unpaid taxes, took his own life. Some employees are alleging improper labor practices, involving non-payment for overtime.

Clearly, there are multiple violations of the law, in what has been described by victims as a Racketeering scheme, requiring intervention by state Attorneys General, the Federal Trade Commission, and the Department of Justice, Criminal Division. We trust that they are reading this article, and will respond with the appropriate action.