The Deputy Attorney General of the United States has directed that, effective immediately, all Ukraine-related investigations are assigned to the Eastern District of New York, which has total command and control over all investigations, and indictments. The Memorandum, which is captioned "Law Enforcement Sensitive, " but which is an unclassified document, appears to remove prosecutorial authority from a DOJ attorneys and law enforcement heads. It is dated January 17, but apparently it was leaked to the media today. 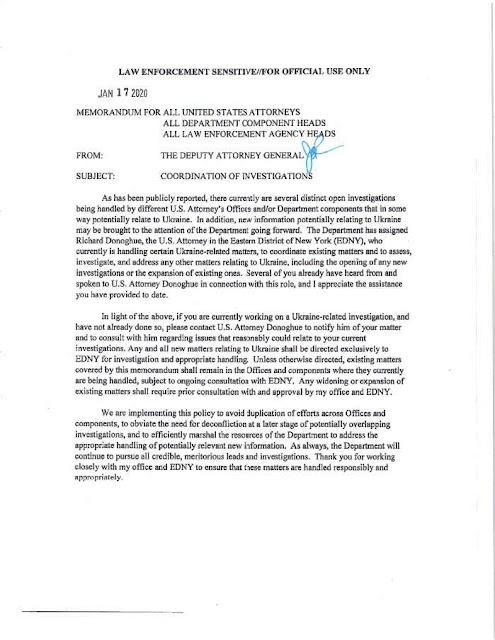