DOMINICA PRIME MINISTER CALL FOR CHINA TO TAKE OVER TAIWAN 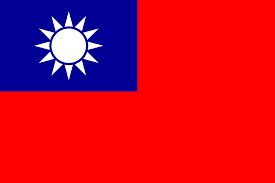 In one of this week's most disturbing stories to come out of the Caribbean, the Prime Minister of the Commonwealth of Dominica, Roosevelt Skerrit, has called for what he called the "Unification of Chinese Territories," which is one of the terms the Peoples' Republic of China (PRC) uses to mean the incorporation of The Republic of China (Taiwan) into the PRC. Skerrit's speech was delivered in connection with the opening of the first phase of Dominica-China Friendship Hospital, which was completed with Chinese funding.

Dominica recognized the PRC in 2003, and it has been the recipient of a number of construction projects, some of which are in progress, since then. The PRC Embassy, which supports staff and dependents of approximately 1000, is believed to be an intelligence listening station, conducting electronic and human surveillance upon the United States and Canada. Over 900 embassy staff were evacuated from Dominica during the last hurricane. The size of the embassy is a mystery, as it appears to perform extremely limited diplomatic functions in Dominica and elsewhere.

Most troubling about the increase of Chinese influence in the East Caribbean is the pro-China rhetoric
coming from leaders in the region. There are several Chinese embassies and consulates in the area, and given that international trade, student exchanges, and cultural missions are rare events, the embassies are reportedly centers for the collection of intelligence, including the dispatch of covert agent to North America, to collect information.

Pro-unification statements from abroad may convince China that it can take over Taiwan , and the islands it occupies off the coast of China, without any response from the West; such an action would trigger a probable American military response. Caribbean leaders, several of whom maintain radical leftist or Socialist views,would do well to cease and desist pro-China statement, as they may have untoward consequences.