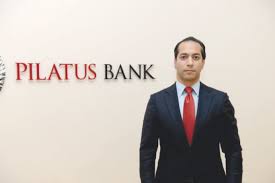 Ali Sadr Hasheminejad, The Iranian national who controlled the now-closed Pilatus Bank in Malta, and who is awaiting trial on serious charges in his American Federal criminal case, employed as many as five different names when conducting dodgy international banking business. He apparently also has his name legally changed, which was duly reported to Companies House in the United Kingdom, in connection with his British company, Pilatus Capital. These suspicious tactics, which he artfully employed to confuse or frustrate any investigation, are more the hallmark of a successful money launderer, rather than the bank CEO that he professes to be. Or is he really an intelligence agent for Iran  ? 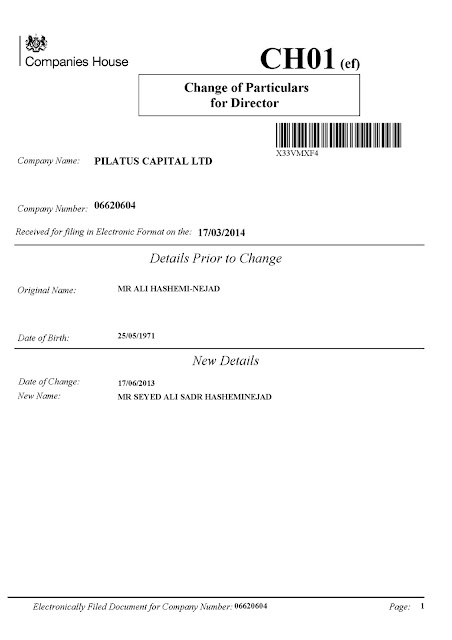 Information gleaned from court filings in his US criminal case, and some excellent investigative reporting in Malta, has revealed:

(1) Hasheminejad used two different Dates of Birth.
(2) He held residency permits or visas for the UK, US, UAE Belarus and Switzerland.
(3)  In truth and in fact, he used different SKN CBI passports on each leg of his international travel, meaning that he exited a country using a St Kitts passport different than the one he entered upon.
(4) While he claimed to be a full-time resident of the USA, his filings in other countries claimed residency elsewhere; he was not actually living in the US.

Whether Sadr is, or was, an agent of the Iranian Ministry of Intelligence, has long been suspected though not confirmed. His father is also rumored to have formerly been an intelligence agent, through which he acquired a substantial fortune. A number of other individuals in the Pilatus Bank case are also known to have links to, or actually be identified as, Iranian intelligence agencies. His use of commonly-used trade craft associated with the intelligence field appears to confirm his association with intelligence.