Although not covered by major media in the United States, there is a civil suit pending, in US District Court for the Eastern District of NewYork,* that accurately describes the incestuous relationship between Turkey's banks and the global terrorist organization, Hamas. Although Turkey has done to great length in the press to make it appear that it has banned Hamas from operating within its territory, this action spells out, chapter and verse, all the ways that Turkey's KUVEYT TURK BANK facilitates Hamas' global terrorist operations.

The action was brought by the minor children of US citizen Ettam Henken, who were orphaned when Hamas gunmen killed him and his wife on a highway in the Palestinian Territory. He was unarmed, and the murders were particularly heinous, as they occurred in full view of the children.

The suit lays out the literally hundreds of ways Kuveyt bank, which services Hamas' key organizations, major donors and its leadership, facilitates the entity's terrorist agenda abroad. The Court has jurisdiction, due to the correspondent accounts that the bank maintains at (quoting the Complaint at 2):

Suit was filed last September, and it appears that none of the above-mentioned banks has closed their correspondent accounts with Kuveyt. Compliance officers at those banks would do well to review their client's account history forthwith. Compliance officers who access Country Risk may want to
update their calculation of Country Risk for Turkey, based upon the Complaint. 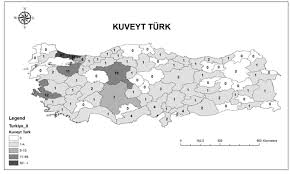