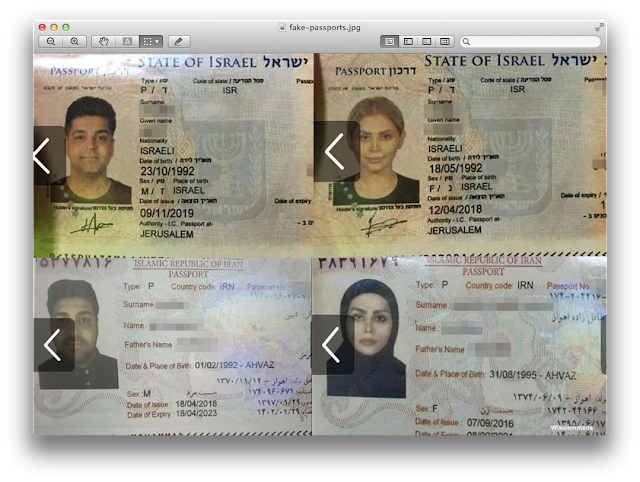 Ecuadorian authorities have reported that they arrested a husband and wife team of what are most likely Iranian intelligence agents, when they attempted to board a flight for Madrid, and presented fake Israeli passports.After their luggage was searched, their authentic Iranian passports were discovered. Their names have not been disclosed.

Iran has flooded Latin America with intelligence agents; they may be engaged in collecting information on defense installations, networking with, and funding, local terrorist groups,  cooperating with the Socialst regimes in the region, especially Venezuela, identifying soft civilian targets for subsequent attacks, enrolling local Cooperating Individuals, collecting extortion money, and other categories of espionage. It has not been made public what specific activities these two agents were engaged in.

For those readers who question why the agents choose to use counterfeit passports from the State of Israel, please note that Israels have visa-free entry into Ecuador.
Posted by Kenneth Rijock at Wednesday, February 12, 2020