A religious leader from the Palestinian Territory of Gaza  has been indicted in the Beersheba District Court of Israel, for multiple bulk cash smuggling of Dollars, from Malaysia into Gaza. The Imam, Walid Div, allegedly took several trips to Malaysia, reputedly to give religious lectures, over a period of years, since 2013, and then smuggling Dollars into Gaza on the return trips. Funds were seized from him by Israel.

He is accused of illegally bringing in USD $3000 on each trip. The funds reportedly came from two Malaysian-based charities: AMAN PALESTINE and MAPIM. The recipient was Hamas which governs Gaza with an iron hand, diverting resources badly needed by the civilian population for arms and ammunition, bombs, and other tools and instruments of terrorism. 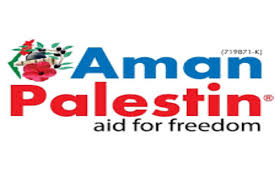 Malaysia's role in training, supplying and funding Hamas has appeared on this blog before, and is done quite openly; due to the strategic location of the country, its allies among the Western nations seems to have overlooked the fact that it provides a safe haven outside the Middle East for Hamas to receive support.
Posted by Kenneth Rijock at Friday, February 07, 2020