CARIBBEAN BANKS FEAR DE-RISKING, BUT FAIL TO TAKE THE NECESSARY REMEDIAL STEPS TO END IT 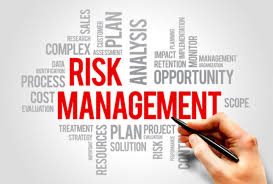 What the banking industry refers to as de-risking, the process by which onshore banks in North America and the European Union terminate their correspondent relationships with overseas banks deemed to be high-risk, and which result in relatively small income to them, is regarded as a serious problem in the Caribbean. Many North American banks have summarily closed out their Caribbean correspondent accounts, and more are believed to be under consideration.

Why are Caribbean banks targeted ? We can offer some of the reasons cited by compliance officers at major North American financial institutions:

(1) AML/CFT compliance programs that do not meet minimal onshore banking best practices standards.
(2) Compliance staff whose training, education and experience are deemed to be inferior to that of onshore banks.
(3) Leftover, and still worrisome, connections to the laundering of the proceeds of narcotics sales.
(4) Rampant corruption by senior government officials at all five of the East Caribbean states ( St Kitts & Nevis, Antigua & Barbuda Dominica, St Lucia & Grenada).
(5) The flow of suspicious Citizenship by Investment (CBI/CIP) application money through Caribbean banks.
(6) The failure of Caribbean banks to acquire, and periodically update, the latest hardware and software technology necessary for effective AML/CFT.
(7) Continued, and probably excessive, local bank secrecy laws and regulations, which interfere with onshore law enforcement investigations, as well as bank inquiries from abroad. 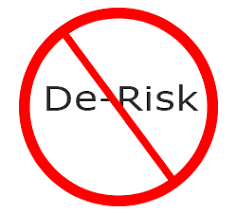 Until, and unless, Caribbean banks adopt some serious reforms to alleviate the above issues, onshore banks will continue to practice de-risking, until most or all of the correspondent relationships are terminated, which will force Caribbean banks to use third party banks abroad, or non-bank financial institutions, doubling or tripling the costs to their customers of onshore transactions, and incurring substantial delays in the process. Unless these issues are resolved, a number of Caribbean banks may soon find themselves without any direct correspondent relationships at all.
Posted by Kenneth Rijock at Sunday, February 16, 2020