XENOPHOBIC SPANISH COURT, AFTER TWO YEARS IN CUSTODY, RELEASES KOKOREV TO HOUSE ARREST, BUT STILL NO CHARGES OR TRIAL DATE 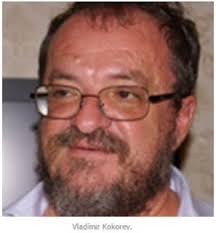 After he spent more than two years in a Spanish prison, a controversial, and prejudiced, judge in the Canary Islands transferred Vladimir Kokorev to house arrest, neither the filing of money laundering charges, nor a trial date. The Kokorev family has been held, ostensibly as Material Witnesses, though apparently they are targets of a yet incomplete investigation in unfiled money laundering case. Country Risk on Spain has been twice elevated as the result of what is a purely political case, seeking to seize assets of foreign nationals, without legal cause.

Both Members of the European Parliament, human rights advocates, and this blog, have all sought Kokorev's release, and the termination of what seems to be an indefinite re-investigation, of possible money laundering from more than a decade in the past, which was long ago cancelled by the Spanish Government. The actions of xenophobic members of the Canary Islands judiciary, which have seized assets of innocent foreign nationals before, has not been reigned in by Madrid, resulting in a massive human rights violation. Kokorev is ill and infirm, and may not survive this ordeal.

No charges have been filed, and no trial date set, after two and one-half years. The court system has been abused for purely political purposes. As powerful business interests, coveting Equatorial Guinea's oil, believe this case will result in their acquiring lucrative oil rights there.
Posted by Kenneth Rijock at Monday, February 05, 2018