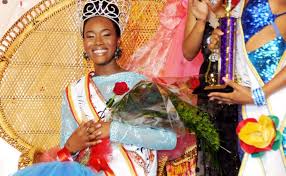 According to an eyewitness, seven months ago, a huge police roadblock was erected in Canefield, Trafalgar & Newtown, in Dominica. A massive law enforcement search was underway, and all  passing vehicles, and their occupants, were thoroughly searched for a missing government-issued laptop; None was found.

The owner of the allegedly lost computer was Minister of Foreign Affairs Francine Baron, which she asserted was stolen that day from her office.  Dominica politics insiders have stated that she staged the loss of the laptop in order to prevent a judge from ordering it turned over. Opposition leaders were seeking a court order requiring her to turn over the list of Dominica Diplomatic passports issued by her office, that was said to be on that device.

Given the allegations that some of the "Chinese nationals" with Dominica CBI or Diplomatic passports are, in truth and in fact, North Koreans posing as Chinese, US and United Nations sanctions against North Korea make proper identification of all foreign nationals who have acquired Dominica passports a National Security issue, but Miss Baron continues to conceal that information. The result may be that the resulting increase in Country Risk on Dominica will cause North American & EU-based banks to terminate the few correspondent banking relations held by Dominica banks. OFAC Specially Designated National sanctions could also be imposed on the Foreign Minister, and the Prime Minister, which would result in the cancellation of their US Visas, and seizure of all US-based assets.