GIVEN HEZBOLLAH'S PRIMACY IN LEBANON, WAS THE PRIME MINISTER'S VISIT THERE A MISTAKE ? 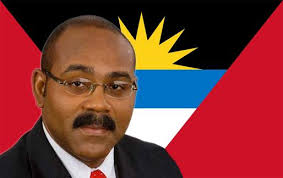 Gaston Browne, the Prime Minister of Antigua & Barbuda, was recently in the Middle East, looking to generate foreign investment in his hurricane-damaged nation, as well as promoting Antigua's Citizenship by investment program. Given that Hezbollah is the dominant political, as well as military, force in that country, will that visit ring alarm bells in those nations that have sanctioned it as a global terrorist organization ? You bet it will.

It is an unfortunate reality, but in essence Hezbollah is in de facto control of Lebanon. The United States has gone to great pains to warn Beirut banks of the consequences of having any business relationship with the terrorist entity, and any possible Hezbollah investment, including the purchase of CBI passports, could result in intense scrutiny from those nations who fear terrorist financing could occur into or through Antigua's economy, including the US, Canada, and the UK, if funds from Lebanon begin to move there.

While the Government of Antigua & Barbuda has every right, and probably an obligation, to attract foreign investment, in the aftermath of the hurricane, Lebanon is one jurisdiction that is a minefield, through which one must tread very carefully, if at all. The consequences of even one discovered Hezbollah agent holding as CBI passport should not be underestimated.
Posted by Kenneth Rijock at Tuesday, February 13, 2018