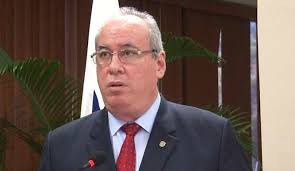 José E. Ayú Prado Canals, the president of the Supreme Court of Justice of Panama, the republic's court of last resort, abruptly tendered his resignation this week, amid rumors that criminal charges may be brought against him. His tenure as leader of the highest court has been marred by a large number of civil suits filed and pending against him, alleging misconduct, corruption, malfeasance in office, and just about every other improper act that a senior judicial official is able to commit from the bench.

Many reformers in Panama see his resignation as an important step in the right direction, and foreigners and expats have long experienced corruption in the Panamanian judicial system, where their efforts to assert legal rights and privileges are often frustrated by unexplained delays and decisions contrary to the Rule of Law. This deters foreign investment, due to increased Country Risk. 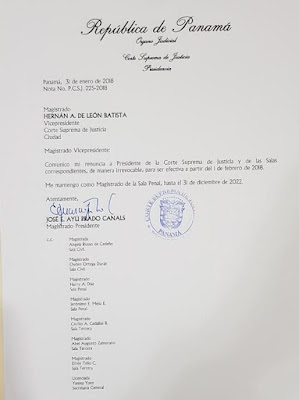 As an organized crime prosecutor, earlier in his career, Ayú Prado was known to leak sensitive information about active US law enforcement investigations to Panama's powerful organized crime syndicate. He was also, as president, accused of interfering with, and delaying the multiple criminal investigations into Panama's fugitive former president, Ricardo Martinelli, since he left office.  Both Panamanians & Americans are happy to see his power diminished.