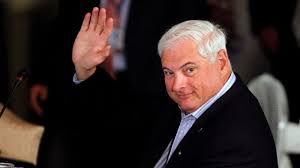 The judge in Ricardo Martinelli's failed Habeus Corpus petition has extended enforcement of the extradition order for one week, until February 13, 2018. His motion for bond is still pending, and the Court noted that his failure to file a Notice of Appeal as of yet may be due to the fact that it may lose jurisdiction, should his counsel file, before the bond motion is decided. The Court indicated that a ruling would be made.

The order was literally the first pleading not sealed in the entire Habeus case, and accessible to the public and to media. Unfortunately, there is no information in the order, regarding Martinelli's Habeus grounds, and that may be why it was released. Will the Court finally release that critical information for public viewing, considering how sensitive the topic is ? Stay tuned.
Posted by Kenneth Rijock at Tuesday, February 06, 2018