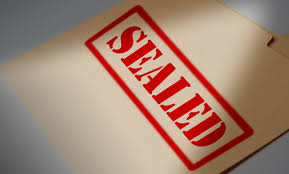 The fugitive former president of Panama, Ricardo Martinelli, may have lost his Habeus Corpus petition, but the court file remains sealed, through a loophole not designed to hide the truth from the public and the media, but employed in a deceptive manner nevertheless. Martinelli, whose illegal video surveillance of Panama's elite resulted in major criminal charges being filed against him, has still not been extradited, although he has lost twice in the Federal court system, and he should be on a night flight to face Panamanian  justice, he's still in Miami. Wonder why ?

We cannot tell what his grounds were for filing the Habeus petition, after a Federal Judge ordered him deported, because the relevant pleadings are curiously not available, as we do not have "permission" to view them. This is not some secret plea agreement, where some law enforcement agent's undercover identity needs to be protected, nor is it a Pre-Sentence Investigation Report (PSIR). The file is not sealed, just strangely made unavailable to all of us, thanks to someone's wishes.  Don't you wonder what embarrassing information Martinelli placed in his petition ? Law enforcement misconduct ? Trump's Panama hi-jinks at a bordello ? Covert US operations in Latin America ?

Somebody needs to let us in on the joke, because we are not amused.
Posted by Kenneth Rijock at Thursday, February 22, 2018