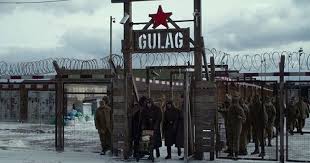 Notwithstanding that the European Parliament has held proceedings on the illegal detention of Russian-Spanish businessman Vladimir Kokorev, and that two MEPs have come out in support of concrete action, the European Union remains passive in the Kokorev scandal. In a case more reminiscent of the Russian Gulags, the "material witness" remains under House Arrest, after more than two years of illegal detention in a Spanish prison. A bogus money laundering case holds him captive, contrary to Spain's own laws regarding pretrial release, as well as EU Human Rights principles.

Given that no charges have ever been filed against any individual or entity, and the strong suspicion that affluent Spanish business interests, obsessed with obtaining Equatorial Guinea's lucrative oil concessions, we also wonder why the United States have never taken diplomatic action to free Mr. Kokorev. After all, it is American oil firms that are currently benefiting from their contracts with EG, and a change of government there, as engineered by Spanish interests, could result in a loss of important business, and assignment of those extraction rights to Spanish companies. Where is the United States in this human rights violation ?
Posted by Kenneth Rijock at Monday, February 19, 2018