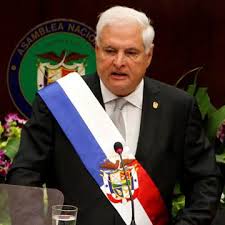 The US District Court Judge who denied fugitive former Panamanian president Ricardo Martinelli's  Habeus Corpus petition has entered an order allowing him to be released on one million dollars cash bond, to Home Confinement (House Arrest). The Attorney General's representative has objected, and taken an appeal of that order.

The Court has not yet ruled on whether to stay the release order, while the Government's appeal of that order is pending. The Court file remains unavailable, so we still do not know the details of Martinelli's petition.