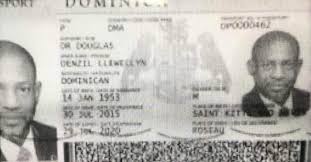 What is going on with St Kitts former Prime Minister, Denzil Douglas ? Saint Kitts media is reporting that he has been accused of holding real estate in Dominica, and the inference is that he received it after he diverted foreign investment from SKN, after he left office. Could this be true ?

Douglas was removed from the National Assembly, after issues regarding his possession of a Dominica diplomatic passport surfaced, and whether he owed allegiance to Dominica, which reportedly disqualifies him for elected office, as a dual national. That passport states that he is a Dominica national. Was the diplomatic passport payment in kind for Douglas' assistance in directing foreign investment originally intended for St Kitts, to Dominica ? These backroom deals, if confirmed, indicate a deep-seated culture of corruption, that violates US & UK law on foreign corrupt practices.

Whoever issued that document deserves a term of imprisonment, to deter other corrupt officials from disregarding international law. 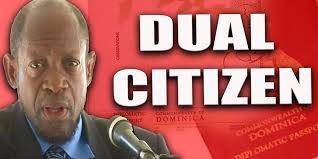 The delivery of a diplomatic passport to a foreign national (Douglas), without any actual diplomatic mission and responsibility, violates several provisions of the Vienna Convention on Diplomatic Relations, making the passport void as a matter of international law. Unless this type of diplomatic crime is curbed, those governments that engage in it may find themselves isolated, in ways that will damage their national economies.
Posted by Kenneth Rijock at Sunday, February 04, 2018