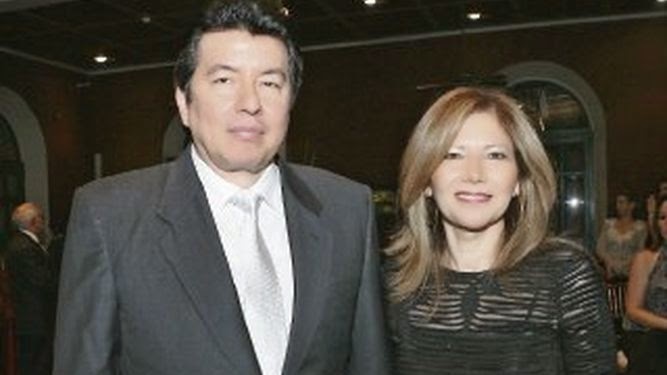 As the investigation into systemic corruption at the Supreme Court of Justice of Panama expands, the spouse of Alejandro Moncada Luna, the imprisoned former Chief Justice of that court is to be charged, in a criminal complaint that is expected to be filed tomorrow. The former judge, in a plea agreement, received five years in prison, and has forfeited two luxury apartments worth close to $2m. The name of his spouse is María del Pilar Fernández de Moncada Luna. The nature of her charges have not been disclosed.

Additionally, reports from Panama confirm that fourteen bank accounts controlled by Moncada, totaling approximately $3m, have been located. Sadly, the Panama City attorneys who formed the opaque, bearer share companies that held this dirty money, which consisted of bribes paid to Moncada to fix cases in the Supreme Court, will most likely never face criminal charges. Panama has historically given its lawyers, who maintain a monopoly on corporate formation under the law, a pass on prosecution, irrespective of the level of their involvement. Until the lawyers who intentionally crate non-transparent entities to secrete illicit wealth are called to account for their actions, Panama will continue to be an offshore banking center of choice for Colombian and Mexican drug traffickers, corrupt Latin American PEPs, and all the other international financial criminals who obtain Panamanian corporations and foundations.

Of course, the best solution would be for Panama to abolish bearer share corporations altogether, as have most civilized countries, but that might disturb the lucrative fees that company formation generates, not just for the government, but for the attorneys involved in formation, as well as the inevitable annual fees paid to both parties, to maintain a corporation in Panama each year.