General John Kelly is the ranking officer at the United States Southern Command, which is responsible for American military activities in Latin America. On March 12, 2015, he presented his status report about the region, known as a Posture Statement*, to a committee of the United States Congress. Contained in that testimony is information about an aspect of Iran's operations in the Western Hemisphere that is of relevant interest to all compliance officers at financial institutions that maintain offices in America.

The General stated that Iran has opened more than eighty "cultural centers" throughout Latin America, to spread information about Shiite Islam, which is curious, because many countries in that region have very small Muslim populations. SOUTHCOM regards this as a potential threat. A report issued from Argentina by Nisman states that the cultural centers are a cover, giving Iran the capability to provide logistic, economic and operational support for possible terrorist attacks upon the United States.

Remember also that Iran's Ally, Hezbollah, is actively engaged in narcotics trafficking throughout Latin America, for terrorist financing purposes, and its agents may be using the centers as a cover for their operations, including the forwarding of narco-profits to Beirut.

Other sources report that Latin Americans who show interest in Iran, or Islam, have been given free passage to Iran, ostensibly to institutions of higher learning, at which places strong political content, anti-American in nature, is part of the program, Whether they are being recruited as intelligence operatives is a open question. Iranian websites, in the Spanish language, and Iranian television programming, in Spanish, and directed to Spanish speakers, confirm Iran's increasing interest in the region.

Obviously, there is serious exposure, should any US-based banks be found to be involved with Iranian entities located in the Western Hemisphere. Compliance officers at banks operating in the United States are cautioned to carefully examine any transactions with Muslim religious organizations located in Latin America or the Caribbean, as any overt connection to Iran will not appear in either the name, or the operators of these "cultural centers."

If the facility appears to be of the Shi'a sect, an enhanced due diligence investigation should be performed, prior to commencing any transactions, and establishing an account relationship is most likely too high-risk to contemplate, due to your inability to conduct unannounced visits to the center. Do not be misled by the fact that all communications will be in Spanish; ensure that, if there is any hint that this entity has any connections to Iran, you decline any relationship, lest you run the risk of violating multiple international, and  OFAC, sanctions. 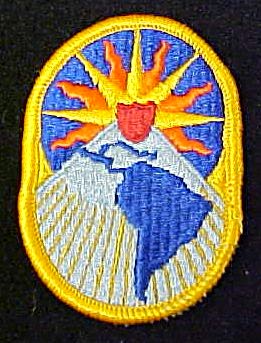