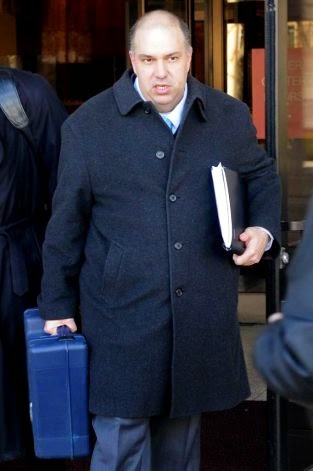 The Federal District Court in Connecticut has scheduled a hearing to determine the amount of restitution that will be imposed upon Convicted hedge fund Ponzi schemer, Francisco Illarramendi, for June 15, 2015, at 2:00 PM. The sum may be as high as $500m dollars, though the defendant alleged that, since the court-appointed Receiver was reportedly able to recover sufficient funds to reimburse the victims, he does not think that he should be required to pay any restitution; that kind of faulty reasoning will only cause him to lose little what credibility he still has left with his sentencing judge. The subsequent recovery of losses that occurred, due to criminal conduct, by a receiver assembling assets, does not excuse either the crime, or the fact that restitution lies for the amount of the original losses.

Illarramendi has appealed his conviction & sentence, though the evidence against him was more than sufficient to obtain a conviction, in my humble opinion. Perhaps he needs to get on with serving his sentence, and discovering whether any information that he possesses could result in a sentence reduction. eighty-five per cent of thirteen years is a long time to serve in prison. Given the new focus on Venezuela as a clear and present danger to the United States, he may find his intimate knowledge of Venezuela's utterly corrupt government might be useful to American law enforcement agencies.

He also has information about two wealthy businessmen who were sources of short-term funding that he utilized, to keep his hedge fund afloat; certainly those individuals are potential targets for US law enforcement.

A final note: Illarramendi is serving his 13-year sentence in The Federal Correctional Institution (FCI) Fairton, in New Jersey, but BOP records show his estimated release date as "unknown." The defendant spent approximately 2 years pre-trial, in-custody, when his bail was revoked. Why has nobody calculated his release date ? Is it because he was not only a difficult defendant, before the Court, he apparently was difficult as a pre-trial detainee, while in custody ? Perhaps it is time that he recognize that the game is over, and stops trying to bend the rules for his own reasons.
Posted by Kenneth Rijock at Wednesday, March 25, 2015