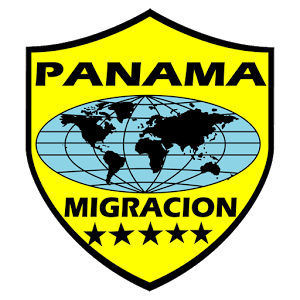 While most Panamanians are focused on the exploding immigration scandal, in which government officials, including former President Ricardo Martinelli, are accused of selling visas that afforded them entry into Panama, especially for nationals of China & India, there is a darker side to this illicit enterprise. Counterfeit visas, which allowed the holders to illegally enter the United States, were also available to those who could pay the obscenely high fees charges by the conspirators engaged in the fraud, who reportedly worked from hotel rooms, to conceal their activities.

If you remember our previous articles about how Syrian, Lebanese and Iranian nationals, working for designated terrorist organizations, arrive in Venezuela, and readily obtain Venezuelan passports ( and Spanish-language surnames) and Cédulas (national identity cards), which give them easy entry into Panama, it gets worse. These individuals then buy bogus US visas, which allow them to enter the United States without incident. Panamanian sources advise that over one hundred of these Middle Eastern terrorist agents have used the bogus American visas to enter the United States.

American authorities are aware of the existence of these phony visas, as passports confiscated from nationals of other countries have been found to include them. From a compliance standpoint, banking individuals whom you believe to be Venezuelan nationals, presents a risk that they are actually Middle Eastern terrorists with bogus papers.

Remember, your bilingual staff should be able to determine, from a short conversation, whether the individuals you are looking at, are really Venezuelans. Their lack of fluency, accent and slang, which are peculiar to Venezuela, should give them away.  Their place of birth, if accurately listed on the passport, should also provide a clue. The bottom line: one cannot trust that individuals who present identity documents indicating that they are from Latin America, are truly Latinos.

Ask questions that only individuals who are immersed in Venezuelan popular culture will know; make a passing reference to a Venezuelan national holiday linked to the country's history, and see if you spot a blank look, instead of an answer. Eliminate the posers, lest your bank be later implicated in a terrorist financing nightmare.
Posted by Kenneth Rijock at Wednesday, March 04, 2015