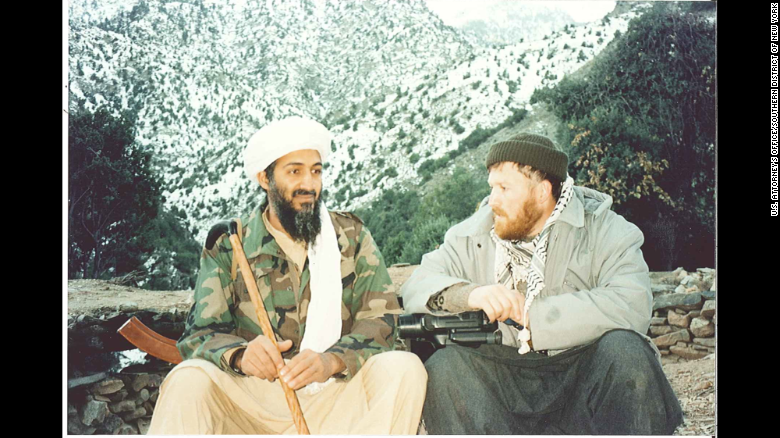 Take a good look at the photograph above; it was released this week, in connection with a terrorist case brought in Federal Court in the United States, and it is symptomatic of what is wrong with American foreign policy, with respect to Venezuela. Due to what are now seen as misplaced concerns about maintaining the uninterrupted flow of oil from Venezuela to the United States, and a preoccupation with Iraq and Afghanistan, America has pointedly declined to respond to the rise of Middle East-based terrorist groups in Latin America. This is a clear & present danger that was ignored, for no valid reason.

The red-headed individual sitting with Osama Bin Ladin, in a 1990s-era photograph, taken most likely somewhere in the Afghan mountains, is none other than Al-Qaeda's leading theoretician, Abu Mus'ab Al-Suri, also known as Mustafa Setmarian Nassar. A Syrian national, he became associated with Bin Ladin early on, and is the author of the definitive AQ treatise, a 1600-page work entitled The Call for Global Islamic Resistance. He is also known to have run jihadist trainings camps in Afghanistan.

Considered to be the intellectual author of the Madrid Train Bombing, Nassar departed Spain, where he had been living, immediately after that terrorist event, and arrived in Venezuela, where he enjoyed the protection of the Chavez government, traveling around with a security escort, and regularly visiting the mosque in Caracas, as well as a travel agency that was an AQ front. He also spent a great deal of time on Margarita Island, a well-known base of operations for a number of terrorist organizations, including the FARC.

All this time, his presence in the Western Hemisphere was well-known to American intelligence agencies, but no effort was made to apprehend this high-value target, considered by many then to be one of the top five most influential AQ leaders; His movements were merely monitored. He was seen at the Venezuelan port city of Puerto Cabello, by eyewitnesses who stated that he was supervising the shipment of Uranium to Iran.

There is a possibility that his role in a covert weapons shipment, involving an American intelligence agency, of which the possible public disclosure would have embarrassed the agency, might have been a factor.  The matter involved the transport of Stinger surface-to-air (SAM) missiles, from Afghanistan, where they were irrelevant, due to the departure of the Russian occupiers, to Zaire, for an unknown purpose. (They were supposed to be repatriated to the United States).

During the time Nassar resided in Venezuela, he reportedly conceived, and supervised, the London Bombings, and he is also said to have contributed his input to the creation of the improvised explosive device (IED) program, which was used against American and Coalition Forces in Iraq. It is noteworthy that he lived in London for a time, prior to his residency in Spain. He later traveled back to the Middle East, where he was captured in Afghanistan, and reportedly spent some time in custody in an American "Black Site" in the British Indian Ocean Territory, more commonly known as Diego Garcia. He was subsequently transferred to a prison in his native Syria, where he had previously engaged in anti-regime activities. Why was he not sent to the Guantanamo Bay Detention Camp ?
Unfortunately, he was released during the Syrian Civil War, and is whereabouts at this time are unknown. Could his arrest and detention, early on, in the Western Hemisphere, have prevented the London bombings ? Is he now in command of AQ units, in one of its theaters of operation ? These questions persist.

On another related topic regarding terrorist operations in Venezuela, Hezbollah Latin America has had cadre there for several years; its leader was sanctioned by OFAC, yet there is no record of any Hezbollah agents being arrested or detained, by US forces, in Venezuela, or adjacent areas. Moreover, the organization has used the convenient banking structure in Panama, to move criminal proceeds, for years, without US interference.  Considering that Hezbollah's main source of income is narcotics trafficking, and its agents' identities are known, one wonders why it is allowed operate free of any American response, either by action against Panamanian banks, or by capturing the terrorists themselves. Venezuelan oil, and its importance to the American economy, seems to be the only logical answer.

Now we are faced with a well-established Hezbollah presence in Venezuela, and one wonders, since American oil production is reaching the point where the US can actually export oil, why there are no efforts to reduce the influence of this dangerous, sanctioned global terrorist organization, which has the potential to wreak havoc in the Continental United States ? 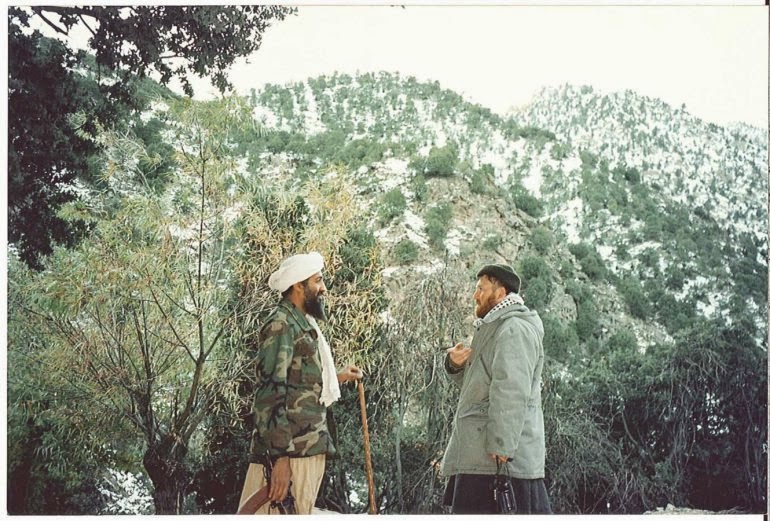