US ATTORNEY'S OFFICE FILES ITS BRIEF IN STANFORD APPEAL 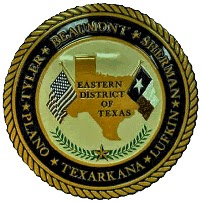 The US Attorney's Office in Houston has filed its brief of Appellee in Ponzi schemer Allen Stanford's appeal of his criminal conviction and sentence. In the 196-page filing, which first discusses the fraud,  cover-up, bribery and obstruction, in a detailed statement of facts, the Government makes these points:

(1) Stanford's jurisdictional challenge, regarding the SEC, failed because the SEC is not a party to the criminal prosecution.
(2) Under Plain-Error review, the Superseding Indictment sufficiently apprised the defendant of the charges against him.
(3) The Court properly acted properly within his sound judicial discretion, in denying Stanford's request for a 90-day continuance of the trial.
(4) The parallel civil proceedings, brought by the SEC, and the criminal proceedings brought by the United States, did not violate the Double Jeopardy clause.
(5) The Court correctly denied Stanford's motion to suppress evidence obtained by the receiver, and produced to investigative agencies.
(6) The Court properly responded to Jury Notes on the definition of "scheme", and the meaning of CDO [collateralized debt obligation].
(7) The Court properly applied the Sentencing Guidelines enhancements.
(8) The Court showed no partiality, toward the United States, during the trial.
(9)  No Cumulative Error exists (two or more errors at trial that are harmless error individually, but when taken together can amount to reversible error).