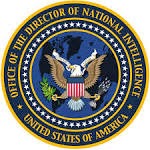 You may have read all the media comments, regarding the fact that the 2015 Worldwide Threat Assessment of the US Intelligence Community*, which is produced by the Director of National Intelligence (DNI), pointedly minimizes the threats posed by Hezbollah to the United States, and the rumors of active cooperation between America and Hezbollah, concerning ISIS/Islamic State actions in Lebanon and Syria, but be advised that the OFAC sanctions remain in place.

Compliance officers, notwithstanding any reported cooperation between US intelligence agencies and Hezbollah, regarding information sharing, still must act act as the gatekeepers, insuring that there is no Hezbollah terrorist financing being facilitated through their banks. Inasmuch as drug trafficking is the principal means of fundraising for Hezbollah, what appears to be the movement of narco-profits may in reality be terrorist funding. Panama remains a pipeline for Hezbollah funds in transit for Beirut and the Middle East, and Hezbollah drug shipments to that region, and to Europe through Africa, continue unabated.